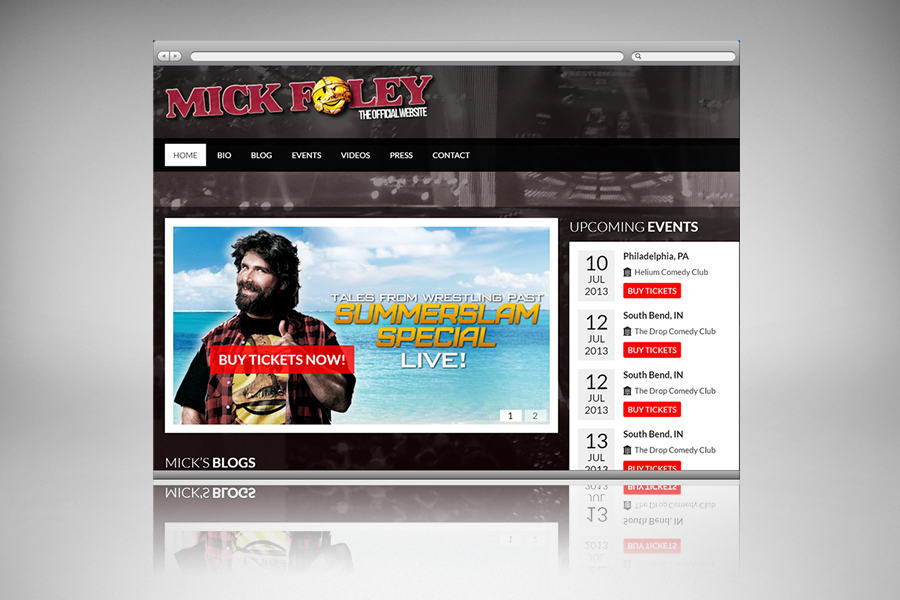 In 2012 we took on our biggest client so far in former WWE Champion Mick Foley. ‘The Hardcore Legend’ contacted us himself to assist with the promotion of his upcoming comedy tour. At the time, Foley was a newcomer to the scene and required an entire brand created around his comedy shows. The site was to focus more on his events and appearances and a way for fans to buy tickets, although it did also feature some wrestling-based material. As the site and Mick’s popularity in the comedy scene grew we were then tasked to manage the social media aspect of the promotion, managing Foley’s official Facebook page for over two years.

In 2014 Mick’s comedy shows came under new management and as a result we no longer manage the site, although it still uses our design to this day.